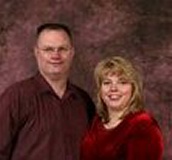 Ray began his Law Enforcement career originally in the US Army, serving as a Military Police office from 1979-82. After leaving the military, he worked in the Juvenile Corrections field while attending college to attain his Associates Degree in Criminal Justice. Ray began his civilian Law Enforcement career in Texas in 1986, working first at the Bowie Police Department then moved in 1990 to the Borger Police Department for a total of 14 years.

Ray worked his way up the ranks at those 2 departments, and was selected for the Threat Management Team (SWAT) in Borger. He was selected as the commander of that unit, before leaving there in 1999 to begin his career in Alaska. He also worked UC narcotics while there, and was an instructor in various disciplines including, Emergency Vehicle Operations (EVOC), Aerosol Weapons, Tactical Baton and Firearms. He also served as an adjunct instructor for the Panhandle Regional Police Academy.Ray has been decorated 3 times in his career for lifesaving, with a total of 7 person’s lives being saved. He was recognized twice for CPR at motor vehicle accidents, and once for an apartment fire in Kodiak Alaska. This also resulted in recognition from the Alaska Legislature and the American Red Cross.

Ray is a proud graduate of the 107th Administrative Officers course at the Southern Police Institute, at the University of Louisville, KY. (2002)

In his 26 year career, Ray is veteran of hundreds of investigations, of which numerous were background investigations for his various departments. Ray continues his law Enforcement career to this day, as a Lieutenant at the Kodiak Alaska Police Department.

Bonnie Ellis began her career in Law Enforcement while studying criminal justice at Lane Community College in Eugene, Oregon. Bonnie worked at Coos County Juvenile Detention Center and also at Shutter Creek Correctional Intuition. Bonnie graduated from the Reserve Police Academy at Southwestern Community College in Coos Bay. Later Bonnie went on to serve as a 911 Dispatcher for small Alaskan Police departments as well as for the Alaska State Troopers. She worked as a county jailer in Texas and later graduated from the Panhandle Regional Law Enforcement Academy and worked as a Police Officer in Pampa, TX.

Once we relocated back to Alaska, Bonnie worked at the District Attorney’s Office as Law Office Assistant / Office Manager. Bonnie later accepted a position with the U.S. Department of Transportation and has spent the last 8 years working for the Department of Homeland Security.

Bonnie is also well acquainted with intricate and detailed investigations, having performed them in the civilian law enforcement field.

We are proud of our association with Ray and Bonnie Ellis and glad to have them as members of our team!